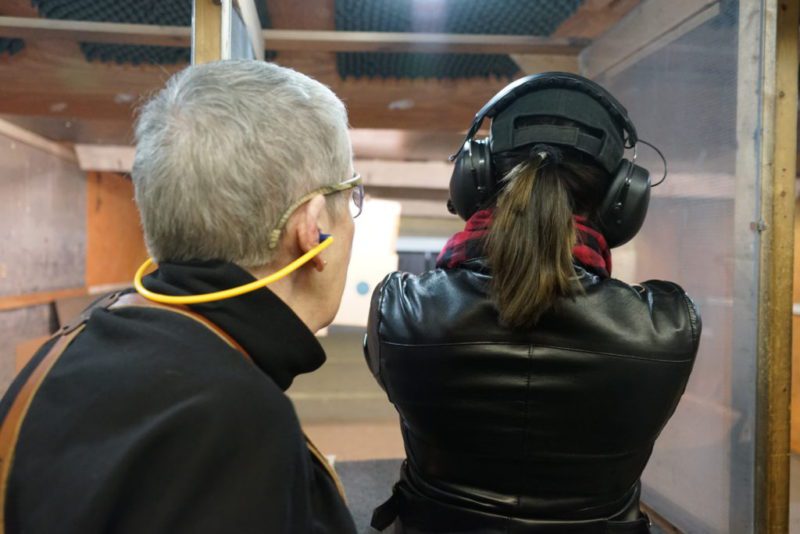 On Thursday, the Criminal Justice and Public Safety Committee in the New Hampshire House of Representatives will hear testimony on a gun control bill that has been presented by Democrats but written by a gun control organization from California. For some reason, Representative Katherine Rogers (who also pushes New York-style gun control via billionaire Michael Bloomberg) believes a California organization knows more about New Hampshire than Granite Staters. She is seeking to push legislation that requires background checks on private citizens who are simply transferring firearms to another person, including when instructors teach firearm classes.

The bill, House Bill 201 (HB 201) is almost identical to the same “universal background check” bill that Rogers and other hoplophobic Democrats have been trying to push for the past few sessions. There was House Bill 650 as well as House Bill 1589 and now House Bill 201, all the same verbiage with a few minor changes. Susan Olsen, Legislative Director for the Women’s Defense League of New Hampshire provided a side-by-side comparison of the three bills (you can view the entire comparison here):

Each bill was handily “shot down” in the house. The same should happen with HB 201. The Criminal Justice Committee should see this bill for what is it – a ban on private sales and transfers – and vote “Inexpedient to Legislate.” HB 201 is another gun control bill that seeks to turn law-abiding citizens into criminals.

Who wrote the bill?

The organization that wrote the actual legislation is called “Law Center for the Prevention of Gun Violence (LCPGV).”  They are lawyers from California (who recently teamed up with Mark Kelly’s gun control organization) that have been pushing gun control across the country. According to their website, there are three states who have enacted this legislation – California, Rhode Island and Washington D.C. The FBI gathers crimes statistics from across the country every year. The statistics below are from 2015 (2016 numbers have not yet been finalized).

The “rate” is violent crime per 100,000 inhabitants. According to the FBI, violent crime includes murder, rape, robbery, aggravated assault, property crime and burglary. From the FBI:

Why would a legislator in New Hampshire seek to emulate any of those three states when it comes to criminal law? This legislation actually enables criminals to more freely pick and choose innocent victims. The bill makes it more difficult for law-abiding Granite Staters to get gun safety training as well as to purchase a firearm if it happens to be from a private sale. New Hampshire is considered one of the “safest places in the world” so why on Earth would anyone want to make it less safe?

These Democrats are seeking a failed solution to a problem that doesn’t exist in New Hampshire. They are lawmakers who do not know the current laws but are pushing for new laws. There is neither a gun violence nor a violent crime issue in New Hampshire yet these lawmakers are proposing legislation from a California organization whose sole purpose is purportedly to “curb gun violence.” Regardless, this legislation has done absolutely nothing to curb either anywhere it’s been put into place nor will it.

What this legislation does is turn private sales into commercial sales but also includes the private transfers and exchanges of firearms.  This includes instructors who are teaching gun safety classes and use their own firearms to do so. The bill will also intentionally hurt those who seek firearm safety training. The sponsors of the bill are lying when they say it doesn’t affect private sales or transfers. The intent of this bill is to end private sales and transfers of firearms all while hurting those who seek to get safety training, especially women. From the bill [emphasis added]:

In reality, this is more legislation that seeks to infringe upon the fundamental human right of Granite Staters to protect themselves. The truth is these Democrats and their out-of-state gun control organizations don’t seem to care that the legislation they push actually hurts law-abiding citizens while enabling criminals. These legislators don’t seem to grasp that this gun control legislation will turn law-abiding citizens INTO criminals.