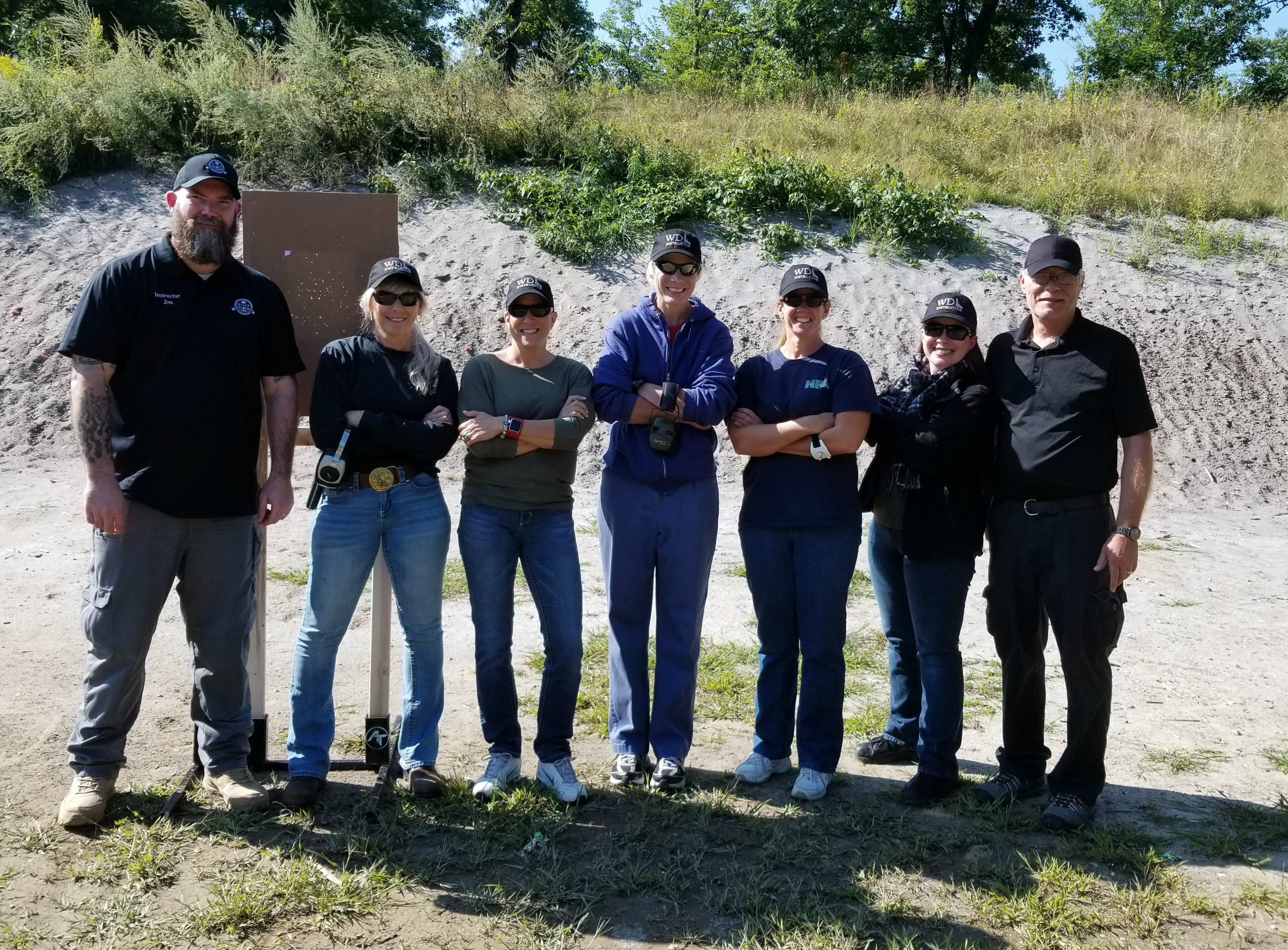 Five women join the League’s existing roster of six certified Basic Pistol instructors and will allow the League to offer training to even more New Hampshire women. The women trained over the weekend with Robert Cormier and Jim Eldridge of Safeguard Defensive Training in Manchester.

The League is also home to two NRA certified Chief Range Safety Officers; four Range Safety officers; and two NRA Refuse to Be a Victim Instructors making it the only 2nd Amendment organization in the state to offer such comprehensive training opportunities to NH women.

From the very beginning of its grassroots organization in July of 2014, the League has demonstrates its ability and dedication to help Granite State women empower themselves. The League has also been in the forefront working to defend and preserve our natural rights before the NH legislature . For more information, see the League’s website www.wdlnh.org