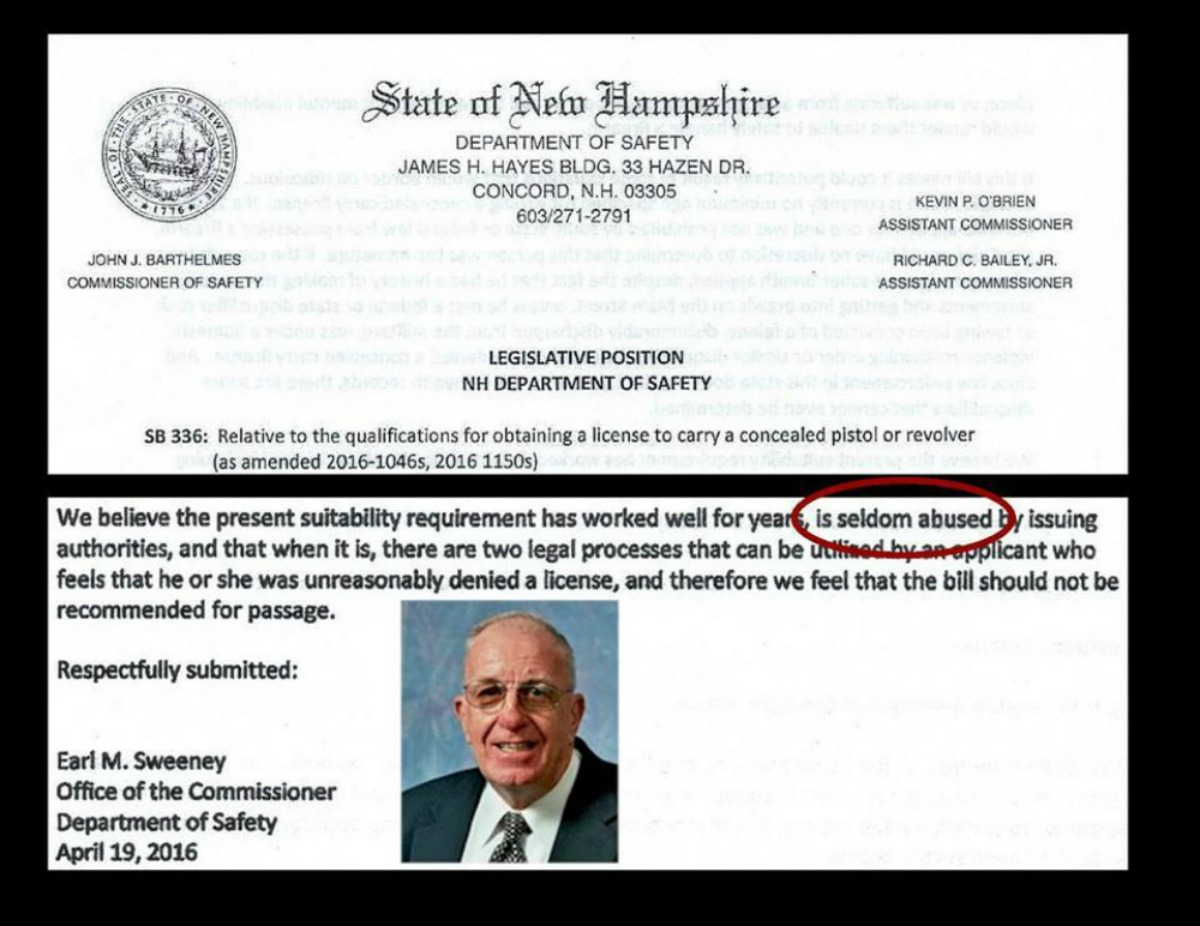 On Tuesday the Criminal Justice and Public Safety Committee held a public hearing on Senate Bill 336. This is the bill that will end almost 100 years of state-sanctioned discrimination by issuers of pistol/revolver licenses. What’s truly interesting about the testimony submitted to the committee is that the Department of Safety (DoS) actually admits that discriminatory practices do indeed happen in New Hampshire.

Early Sweeney, who is the former Assistant Commissioner of the DoS (who is apparently double-dipping now as a part-time employee) submitted written testimony for the department using official letterhead. From Sweeney’s testimony:

We believe the present suitability requirement has worked well for years, is seldom abused by issuing authorities, and that when it is, there are two legal processes that can be utilized by an applicant who feels that he or she was unreasonably denies a license, and therefore we feel that the bill should not be recommended for passage.

After over a year of Granite Staters testifying that there is discrimination and abuse by some issuing authorities thanks to the “suitability” clause, the Department of Safety finally admits that it’s true. They are admitting that law-abiding citizens of New Hampshire are being discriminated against when it comes to practicing their 2nd Amendment rights yet to them it’s not a big deal.

Why would ANY state government allow their employees to discriminate against their own citizens? Citizens who they are supposed to represent. Governor Hassan’s office admitted she knew these discriminatory practices existed last year. This year the DoS is finally admitting discrimination exists. Yet these people, who are paid with hard-earned taxpayer dollars, believe that discrimination and racism are okay because the “little people” who have been discriminated against can just lawyer up. It’s unconscionable and unacceptable in the “Live Free or Die” state.